Installation in an empty office space 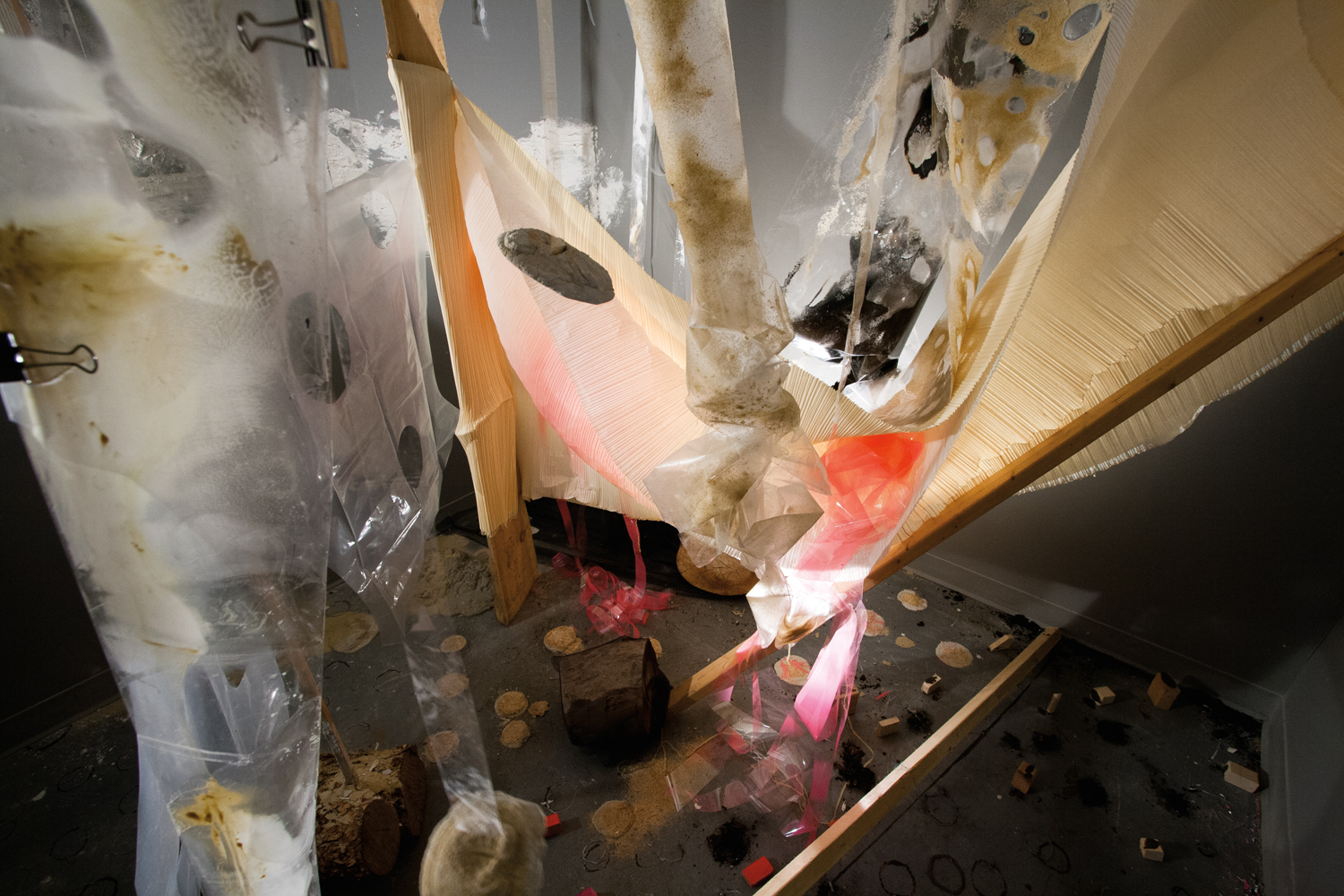 In Urban Camping, I was dealing with a small room with a very specific way of movement assigned to it: an in and out movement. The work arrived as a reaction to the measures given: the size of the room, the leftover marks from previous projects, and the ceiling structure. Materials as white and fluorescent pink Mylar stripes, tree logs, pleated fabric, sand, black tulle, wood dust, plaster, black pigment, nylon, and lumber were engaging with the space by wedging, leaning, balancing, hanging, sticking, draping, pulling, tracing, scratching, stretching, pushing, filling, pouring, breaking, clipping, squeezing, crumbling, taping, and tying. Three working lights were illuminating the work, acting as a mark maker rather than a spot light.

The way of moving was limited, at times claustrophobic, the viewer he had to lift his foot to skip over a piece of lumber, squeeze between the objects – by scratching plaster and removing part of the work, the body was being painted on at the same time. A circular pattern on the floor was repeating what was already there on the ceiling. This floor-to-ceiling relation introduced a vertical movement in the room, continued by wrapped Mylar strips around the exposed pipes in the ceiling. In a scaffolding style, thin lumber pieces were building an architectural structure, starting by balancing on tree logs and the wall, and then building up to the top. The light fixtures were meant to reveal, and open up space. Thinking about the phenomena of our perception and reality always being partial, tiny Mylar clippings were carefully arranged to hang inside the pleated fabric and continued as a pattern on the wall, forcing the viewer to zoom in to small marks, and zoom out to larger gestures in the room. The piece was meant to unfold, as the viewer is moving through it. The wall and the floor were materials, not a boundary. A scratch and peel pattern that was already on the wall was continued revealing the fluorescent pink color under the top layer of gray paint.